Illustrations
Siege of the Carvell

Illustrations
Siege of the Carvell

Final assignment for a course on using Blender for 2D environments.

The story takes place on the distant planet of Tenoch, where the feared captain Cortax lands the Carvell for a blitz invasion against the local population (the Tekkas). The ruthless captain himself blows up one of the ship's engine so that they cant take off or retreat until they have conquered. This tasks proves difficult, as the locals surround the ship with trenches and sangar-style fortifications to stop the invading forces.

Previous
Court of the Blind
Next
Arwen
More artwork 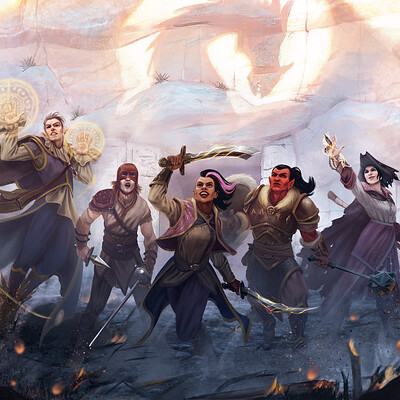